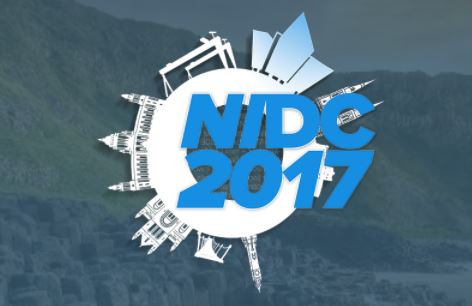 At the start of the month (Saturday 10th of June), our development team attended the first NI Dev Conference. The conference took place in Queens University and proved a huge success with everyone who attended from Allsop.

The software development scene in Northern Ireland has exploded over the last few years. The organiser’s idea behind the conference was to give developers an opportunity to come together and learn from each other. Not only this, but the organisers wanted to create a chance for developers to celebrate the incredible range of work going on right here in Northern Ireland.

Over the course of the day, the guys attended a wide range of technical talks, explored the demo area and of course stayed for the prize draw, where Daniel even managed to nab a £300 voucher for the Grand Opera House.

Here are few highlights from NI Dev Conference from Daniel and Stephen.

It was a great place to meet other developers within Northern Ireland and an opportunity to share our experiences. The talks were based on a wide range of technologies and although I may not have used many of them. The principles and issues that were discussed were very relatable and it was good to get other perspectives on how developers were resolving issues and the approach they took.

My main highlight was definitely the lightning talks. These talks limited the speaker to only ten minutes of speaking time. The talks were very informative as they had to be concise and straight to the point. I was also able to pick up some very handy tips, especially from Chris Laughlin who discussed the Top 5 Chrome Developer Tools.

Attending the conference, made me realise the level of development talent that there is in Northern Ireland. It was exciting to see that emerging technology such as Virtual Reality was not just being discussed at this event, but is actually being used here.

My main highlight as with Daniel was the lightning talks. One of the talks I found particularly interesting was ‘Chaos-as-a-Service for the Cloud’ by Drew McMinn. This introduced the idea of injecting chaos into development teams to see how they react. Chaos can be caused by breaking part of what they have developed or injecting another outside interference. Drew discussed how it was interesting to see how individual developers reacted and the impact it had on them working as part of a team to show their problem-solving skills. I also found ‘Are you missing great engineers because of beer and pizza?’ really interesting. Allen O’Neill talked about breaking the male stereotype of developers and how companies need to widen their offering to recruit a broader range of highly skilled developers.

These are just a few highlights from the event. Everyone that attended from Allsop had a great time and found the event really informative. They are looking forward to next year already!

Claire has been with Allsop since 2015. Working in the team as the Marketing Manager, responsible for the marketing of the Allsop brand and our wide range of solutions.

Outside of work, Claire likes to keep active and rewards this with plenty of trips to her favourite restaurants.